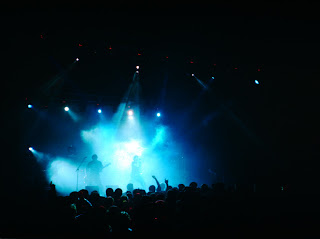 Presenting the “Big Project” to the “Big Guys”...

Charlie was a bit nervous heading into his project review.  He’s spent the last 9 months working on the X17 warranty problem.  (How’s that for a generic-sounding project?)
The X17 was pretty much falling apart as soon as the customer took it out of the box.  What? Still no clue what an X17 is?  That’s ok, it’s totally made up.  There is no such thing. I’m just using it as an example to tell a fictitious story.  A story that repeats itself all too frequently…


Charlie sat nervously at the head of the table in the conference room as the chief engineers and other department giants finally arrived along with a few other engineers from the project.  (The first “big guy” arrived 2 minutes early, but the other two were 5 and 10 minutes late respectively).  He only had an hour and these guys were already cutting into his time!  Charlie didn’t make eye contact as he felt these guys were out of his league.  Fortunately for him, there was WiFi available in the room and so he buried himself in his email – though he really couldn’t concentrate on anything on the screen.  But at least he didn’t have to try to interact with those guys.


It went downhill from there.

He said "I have a lot of material to cover so I'll take questions at the end." Charlie’s first 8 slides (and 11 minutes of talking) presented the costs associated with the warranty returns as well as a geographic breakdown of where the issues occurred.  He laid out a pareto indicating which suppliers are associated with more failures than others.  Charlie’s next 29 slides (and 33 minutes of presentation) dealt with details of 7 design options that were considered and discarded.  Some of them were considered only on paper and never built.  Some of them looked like they may have only been considered on the back of a napkin at McDonalds.  Others couldn’t be built and a few others were built, but failed the testing.  Charlie shared spreadsheets full of data indicating the serial numbers of failed tests, the cost data for each failed design as well as statistical analyses of the measured results.  He went into great detail as he discussed the mathematical significance of one factorial study that he performed.  He even used all the right terms like “elastic modulus”, “correlated input factors” and “non-Gaussian statistical behavior”.