A Tribute to a Rockstar Engineer Legend – Steve Jobs 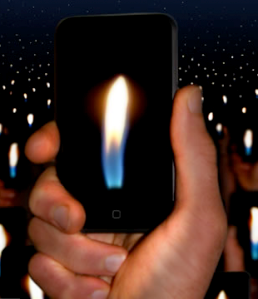 “Simple can be harder than complex: You have to work hard to get your thinking clean to make it simple. But it's worth it in the end because once you get there, you can move mountains.” Steve Jobs - BusinessWeek interview, May 1998

Yesterday, Steve Jobs lost his battle with cancer and the engineering world has lost a living icon.

As I look at the products, presentations and personality of Steve (pretending that we are on a first name basis), I see one theme shining through:
SIMPLICITY

That single word holds a great deal of insight for rockstar engineers.  Let’s look at just few areas... and I’ll try to keep it simple.
1.       Keep designs simple: Avoid “Feature/Scope Creep”
It is said that when the original iPod was being designed Steve kept returning the prototypes to the designers saying that it had “too many buttons”.  This may have frustrated the engineers, but it ultimately led to one of the most innovative interfaces of its time: the iconic iPod “wheel” control pad.  (See: iCon - Steve Jobs: The Greatest Second Act in the History of Business ) When designing, we need to realize that a “really cool addition” to us, may be perceived as “unnecessary clutter” or “added confusion” to our audience.  I really like our toaster - it turns bread into toast.  That's all it does and that's all it needs to do.  Simple.

2.       Keep presentations simple: Avoid “Slides as Documents”
A Steve Jobs presentation has been referred to as a “rockshow”.  This may be due in part to the hype of the passionate Apple fans, but I think it is also due to the way that it is presented.  Check out the slides at the iPhone launch:  www.youtube.com/watch?v=6uW-E496FXg  If you are in an audience, who’s slides would you rather look at?  Yours or Steve’s?  I know we don’t have a team of graphic designers working our presentations.  But we can learn an important lesson: slides are good for pictures and graphs – not sentences.  Too many people design their presentation slides as if the slides are going to be used as documentation for future use.  Slides aren’t documentation.  Slides are digital wallpaper.

3.       Keep presentations simple: Avoid “Utilizing Enormously Oversized Verbiage Selections”
(aka: Avoid “Using Big Words”)
A Steve Jobs presentation has been referred to as a “rockshow”.  This may be due in part to the hype of the passionate Apple fans, but I think it is also due to the way that it is presented.  (How many of you just looked up at #2 wondering if I made a copy-paste error?)  I know, it sounds like I’m repeating myself... I am.  A Jobs presentation is a case study in verbal communication.  Steve uses words that anybody can understand and he’s not afraid to show excitement.  How many times have you used the word "cool" or "awesome" in a presentation?  Big words don’t make you look smarter.  They make you harder to understand and the build a barrier between you and your audience.  Keep your language simple.   Check this out: The Presentation Secrets of Steve Jobs: How to Be Insanely Great in Front of Any Audience

4.       Keep your look simple: Avoid falling into the “Nerd Trap”
Let’s face it.  Most engineers are not the most fashion-minded people in the world.  Some actually seem to be proud of the fact that they are not “slaves to fashion”.  However, your “look” is part of your “brand”.  A person that looks bad and smells bad is a person that willfully builds in barriers in terms of effectiveness.   Does this mean that we all need to run to Fifth Avenue or Rodeo Drive and spend millions on a wardrobe?  (OK, you are engineers: I’ll give you some help... Fifth Avenue is in New York, Rodeo Drive is in Beverly Hills)  Back to the question, the answer is “No”.  Steve Jobs totally redefined the concept of a CEO’s “look” – and he did it by keeping things simple.  Black shirt.  Blue jeans.  Classic.  Timeless.  Simple.

Here's a simple conclusion:
Steve Jobs will be remembered for product legacies: the iMac, the iPod, the iPhone, the iPad.  I think he should be best remembered for keeping things "iSimple".