Jamming with a Legend 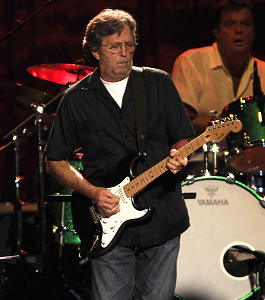 If you want to get good at something… hang out with someone that is already good at it.

Recently, a friend of mine that plays guitar was talking about wanting to hang out with some great guitar players – just to see how they do what they do.  A few days later another friend was talking about improving at tennis by playing against better players.  This got me thinking about the importance of learning from or just plain hanging out with the “gurus” or “legends” that may be sitting in the very next cubicle.

Several years ago, (too many years to count) as I was just a few weeks out of college, I had a chance to work with “Tom”.  He was one of those “gurus” that helped shape my career trajectory in ways that were unimaginable at the time.

At that time, Tom had been with the company almost as long as I had been alive and had worked his way into a technical advisor kind of role – dealing only with special (that is “crisis”) kinds of projects.  He was one of those slow, methodical and meticulous kinds of guys that would spend hours studying a problem and testing theories.  You’ve probably seen or at least heard stories about this kind of guy… the guy where a “cluttered” office means that he happened to have one extra piece of paper on his desk next to his notepad and computer keyboard and monitor.  (I, on the other hand, tend to migrate towards a natural habitat of not being able to even see my desktop surface.)
As a young engineer, I was able to work with Tom on special projects and I was able to take in some valuable lessons.  Here are just a few:

1. Every pixel counts.
We were working on a huge multi-million dollar problem and were dealing with the analysis and presentation of 1000’s of data sets.  Tom emphasized the importance of presenting data in a clean, concise and understandable way.  If you don’t pay attention to the way you present your results, what will cause your audience to trust your results?  He was the first person that encouraged me to work toward “elegance” in solutions and their presentation.  Later I discovered the work of Edward Tufte (of whom I'm now a big fan) and this totally reinforced those previously learned lessons.

2. Build your brand
When you are in front of an audience – either “live” in a room or “remotely” via documents or email that you’ve created; you have a chance to build a reputation.  As you think about your audience (and, yes – that means you should be thinking about your audience) what do you want your work to say about who you are and what you bring to the table?

3. Take your time
I’m assuming I’m among friends here, so I can admit this… I’m a very “type A” kind of person.  Generally I work at two speeds: fast and faster.  When I shut down, I generally shut completely down and go totally “offline” only to re-engage at some later time right back at full speed.  In the classic Tortoise and Hare fable I’m definitely the hare.  This kind of duty cycle is tough on machinery and is pretty tough on people as well.  My time with various engineering gurus throughout my career has revealed on common trait in them: they are not afraid to roll up their sleeves and dig deep into a problem... and stay "in deep" for a long time if needed.  They are not generally inclined to go with the first, impulsive answer; they take their time to find the “right” answer.

Now for some of you, those three lessons may not be earth shattering.  Nonetheless, those lessons were exactly what I needed at that specific time in my career.  However, beyond those specifics, I think there is an even bigger general lesson to be learned:


You need to spend time with mentor or a guru.

No matter where you are in your career, there is always someone that can make you better.  World class athletes need coaches in order to perfect their physical abilities.  World class engineers also need coaches or “mentors” in order to perfect their effectiveness.  Sometimes you can get lucky like I did and be able to spend some serious time with a mentor.  Other times you may need to seek out a small window of opportunity with a “guru”.  Here are some ideas for making it happen:

1. Identify a person that you can learn something from.
This is probably the most important step.  Some gurus can help you with something as general as “dealing with management” while other gurus might be able to help you with “partial differential equations”.  These may not necessarily person, nor will you necessarily need input from the same guru at the same time.

2. Let them know where you are coming from.
Telling a person that you want to learn from them can be a huge compliment for them.  It lets them know that they are valued and it may help open the door for their sharing this ability with you.  This is a great way of “building a bridge” to them in cases where you may not know each other very well to start with.

3. Establish a small (make that a “very small”) commitment and…
4. be the one to keep that commitment.
I love the story about how Christine Comaford met with Steve Jobs for just a few minutes in order to ask him a few key questions.  She sent (even FedEx'd) letter after letter indicating the desire to spend just 5 minutes with Jobs.  In the end Jobs finally conceded and they met.  After the predetermined 5 minutes, she stood up and thanked Jobs for his time.  Jobs told her to sit back down and they continued to talk for another 45 minutes.  This is a great lesson in showing respect for a guru and can even help establish a solid relationship whereby further interactions can take place.  My advice – try a lunch with a guru.  When the time ends, thank the person and pick up the check.

5. Find someone that you can mentor and build up.
The best way to really learn something is to teach it.  This is true in the mentoring dynamics.  As you grow as a rockstar engineer, find someone that you can build into and help them grow as well.  This helps you better understand the sage/student relationship and ultimately can make you a better student.  Furthermore, mentoring a young engineer is the absolute best way I know to stay “mentally young”.

Too many people become engineers because they are brilliant, independent-minded, can tackle tough problems and can create amazing products and solutions.  Unfortunately, this independence (the same attribute that can launch a great engineering career) can also completely squelch such a career when an engineer doesn’t choose to spend some time “rocking with the legends”.